XContinental’s medium of choice in the run-up to UEFA EURO 2016™ is football site www.ContiSoccerWorld.com

Leading international tire manufacturer Continental is an official sponsor of UEFA EURO 2016™ in France. In the run-up to football’s event of the year, its first-choice medium for extensive editorial coverage is www.ContiSoccerWorld.com. In the past few months this proprietary website has been given a complete makeover based on a newly developed design and navigation concept. “At ContiSoccerWorld we’re now providing very entertaining and far more user-friendly coverage, themed around our major football sponsorship engagements across the globe. Along with UEFA EURO 2016TM in France, these include Major League Soccer in the USA and Canada, as well as the 2019 AFC Asian Cup, which will be staged in the United Arab Emirates,” said Alexander Bahlmann, Head of Communications Passenger and Light Truck Tires at Continental. “In terms of content we will be retaining our proven blend of sports reporting with background articles and interviews with prominent personalities. On top of that, before, during and after UEFA EURO 2016TM, we will also be bringing out five issues of our Continental SoccerNews, where along with analyses and background info we also plan to feature a number of the familiar amusing columns from our correspondent Freddy Boom.”

Like all new Continental websites, ContiSoccerWorld now comes with a responsive design, which means that it automatically adapts to the terminal device used. In this respect, the new ContiSoccerWorld site benefits extensively from the launch of the new global Tire website that Continental has been driving forward since late 2015. “We want to make the relevant information available to the various user groups no matter what kind of terminal device they use, because that’s taken for granted these days,” underlines Wiebke Wallenwein, Team Leader Online Marketing, who is in charge of the relaunch project. “In all, we will be rolling out the new-style content and design concept in some 50 countries in Europe, Asia, and the Americas.” 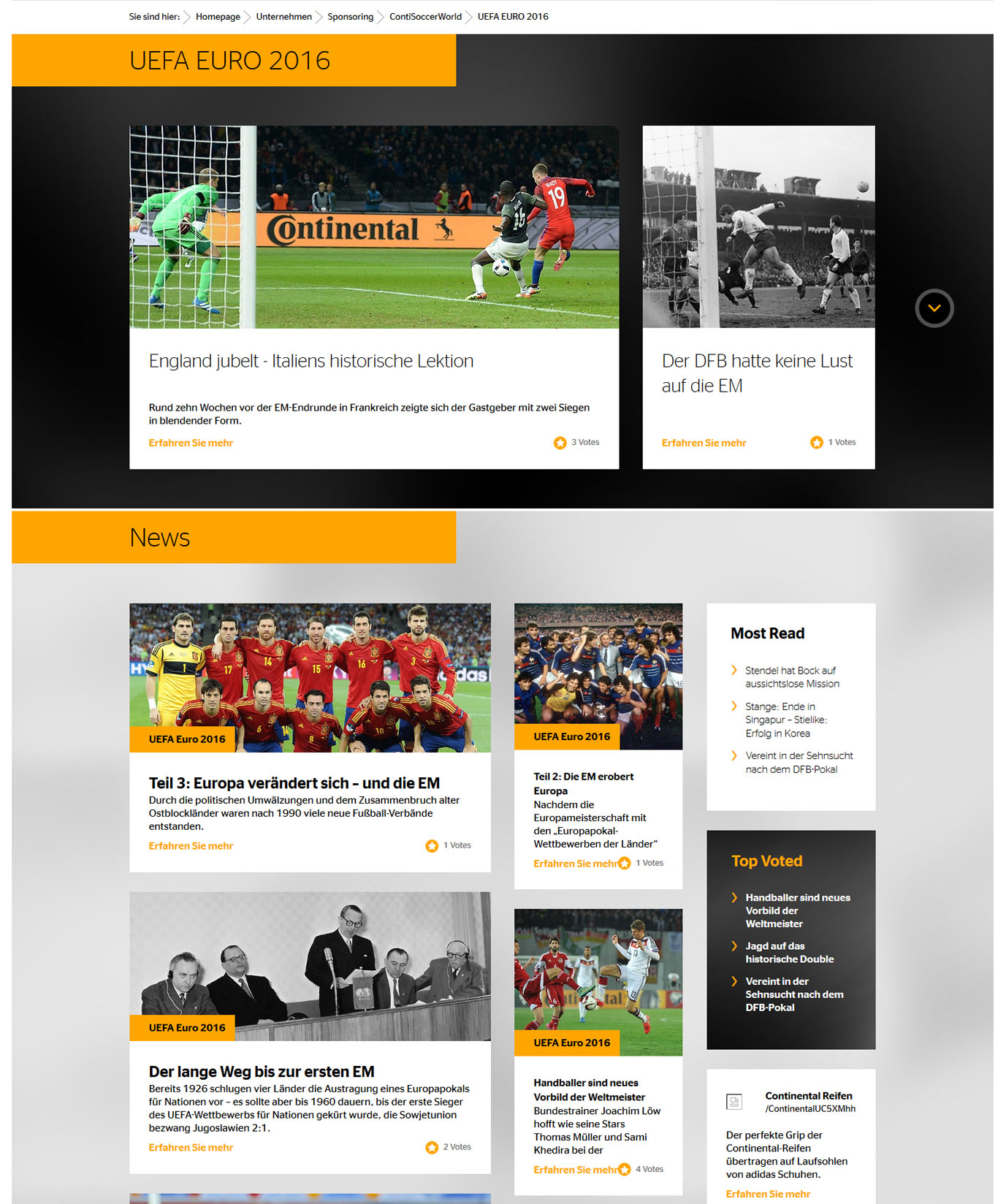